We are proud to announce our next game, Moonshot! A future-noir adventure game for PC, Mac and Linux, Moonshot takes place in a world trapped in time at the technological level of the early 20th century. The main character, Violet, and her partner Blue, are part of a group of psychic agents who carry out the will of a conquering race of alien beings known only as the Selenon by finding and destroying any advanced technology that could be used against them. They also oppose a movement known as the New Moon Resistance that aims to bring about the destruction of the Selenon, whatever the cost.

…Oh, and did we mention that the moon has a huge hole in it? Almost as if it was… shot…

In Moonshot, the player engages in detective gameplay, investigating the scene and interrogating witnesses to arrive at the truth. Not only can evidence be used in your investigation, but Violet’s powers as an esper are at your disposal to see exactly what emotions the suspect is feeling and use it against them.

Moonshot will be releasing in four parts, each taking several hours to complete, with the first coming directly to Steam in early 2015, published by Sekai Project. The latter chapters of the story will be released as similarly priced add-ons to the base game, ultimately forming a full-length visual novel that is the same length or longer than our previous game, Icebound. We aim to have the final chapter out before the end of 2015, and are currently finishing up work on Part 1 and working on Part 2.

You can find out more information about Moonshot, view screenshots and other art, and download the free demo at moonshotgame.com.

You can also check out an interview with me and other footage recorded at Indiecade East 2015, where we first debuted the game, on this page! 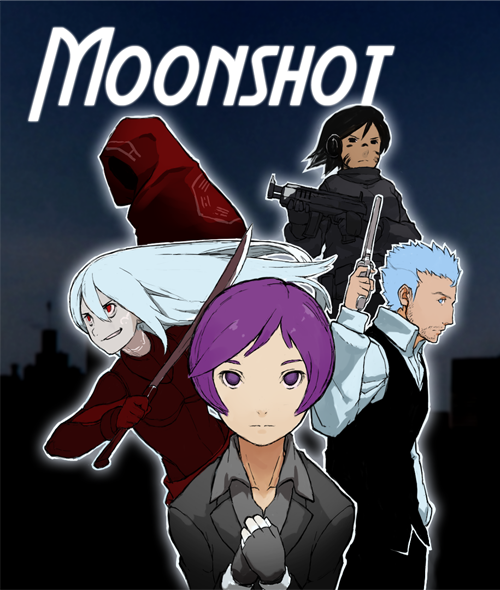 Icebound is still on-track for a Steam release. All of the voice acting is essentially edited save for Dougal, who has the largest amount of voiced lines in the game. We are currently waiting for the release of Ren’py 6.99, which will allow us to add fully functional Steam achievements to all platforms as well as greatly improve engine performance.

We will have more news in the coming days, as well as putting up a new Facebook page for Moonshot! Stay tuned, and… don’t adjust that dial?

If you encounter any technical difficulties, please email us at “support-at-fastermind.net” (replace the -at- with @) to hopefully set things right.