Icebound has been Greenlit to release on Steam! This great news follows a spate of visual novels being released on Steam in 2014. It is safe to say that 2014 is the year that commercial visual novels have begun to make an impact in the West, and I am honored to be part of this seminal influx of visual novels onto a platform that it was formerly thought impossible to release one on. It has taken 3 years from when Icebound was first started to when it will reach its final destination on the world’s preeminent gaming platform, soon to include full voiceover and several other improvements to make it the definitive version of the game.

All purchasers of Icebound and backers from the Kickstarter will receive a Steam key when it is released. This will continue to be the case if you buy it from the Humble Store widget in the future. Of course, you will be able to buy it directly from Steam if you are a new player.

The Steam version of Icebound will include trading cards based on the game’s characters that can be used to unlock profile backgrounds, badges and emoticons. I am also working on adding achievements to the game. Once they are implemented they will include the ribbons you can unlock in the game.

Marketing Icebound does not simply end with releasing on Steam. While it used to be possible for the very earliest visual novels released on Steam to gain a huge amount of sales from being on Steam’s front page, the greater amount of games and changed layout has made it more difficult to be noticed. My marketing staff will be working to promote the release of Icebound and spread the word about a game that has received several positive reviews from critics and unanimous approval from its Kickstarter backers.

In addition to Icebound, I am also nearly done with the first episode of a totally new adventure game project, once which I plan to announce soon after the release of Icebound. It is completely different in setting and tone to Icebound, and will combine the slick visual style of anime with a setting that is distinctly American. This project will set the goal for my future games; to be more than just visual novels and enter the domain of the adventure game. I will still be using the Ren’py engine due to its power and ease of use.

I still, however, have more planned for the Icebound setting. But, for now, here is a teaser of what is in store next: 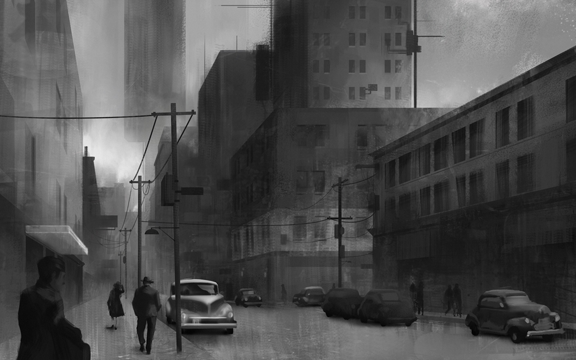